What is happening in Al-Aqsa Mosque calls for an Arab, Islamic, International deterring stance to Israeli Occupation 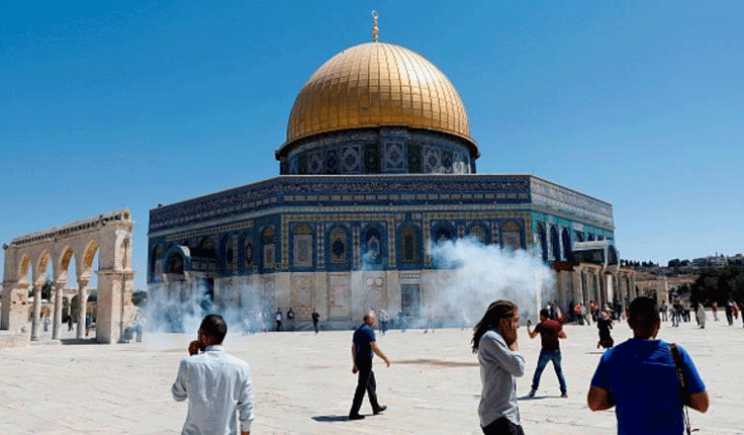 The Palestinian National Council (PNC) demanded an Arab, Islamic and international action to deter the hysteria of the Israeli occupation and the settlers who stormed Al-Aqsa Mosque, and turned the sanctity of the place into a battlefield, and targeted Palestinian worshipers celebrating the blessed Eid Al-Adha to spoil their joy.
PNC said in a press statement issued by the Speaker, Mr. Saleem Al-Za’anoun that Israeli occupation forces brutal assault on Palestinian worshipers and the injury of dozens of them inside Al-Aqsa Mosque and its yards is a full-fledged crime that expresses a defiant challenge to all international values and covenants which prevent the desecration of places of worships, therefore it entails an urgent international protection for the Palestinian people and their holy sites.
PNC issued an urgent appeal to the Arab and Islamic parliaments which are representing their peoples to assume their responsibilities towards Al-Aqsa Mosque and Islamic and Christian holy sites, and to pressure their governments to turn the decisions related to Jerusalem and Al-Aqsa Mosque into actions, because what is happening is a disregard and blatant attack on the Arab and Islamic nations on the blessed Eid al-Adha.
PNC hailed the steadfastness of the Jerusalemites, who are confronting occupation forces and settlers, unarmed but with strong will, to respond to the call of Al-Aqsa Mosque to pray in, to defend it and face the intrusion plans called for by Israeli extremist and terror groups and the settlers government headed by Netanyahu.