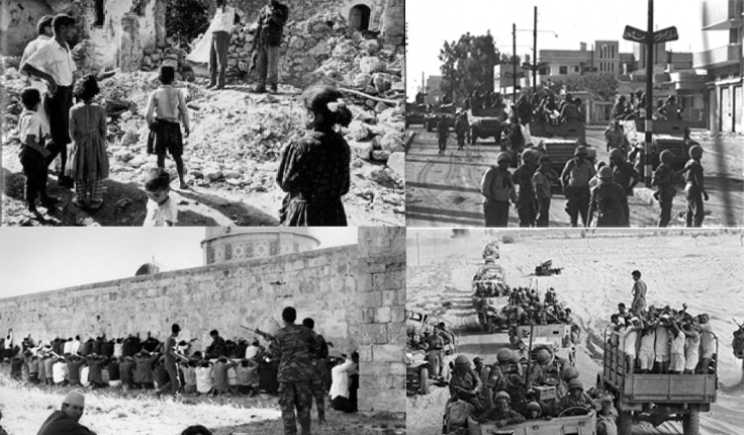 On the 53rd anniversary of Israel's occupation of the remaining lands of Palestine, Palestine National Council (PNC) affirmed that we will continue to confront all conspiracy projects aimed at eliminating the Palestinian national presence on the land of parents and grandparents, stressing that the implementation of absolving from agreements with this occupation will be carried out in defense of our existence and our rights.
In a statement issued on the anniversary of the setback (Naksa), which occurred on 5th of June 1967, PNC said: There is no alternative to ending the occupation, and restoring the legitimate rights to freedom, independence and return, and the independent state over the entire borders of 4th of June 1967 with its capital, the city of Jerusalem.
The long years of Israeli occupation of our land and the accompanying racist policies and measures of occupation, failed to change the identity of the Palestinian Arab land, distort its history and extended civilization, and the eternal bonding of the Palestinian people to this land. PNC added, the Israeli occupation failed to undermine the people's adherence and defending of their inalienable rights despite the oppression and racism of this occupation.
PNC affirmed that the Israeli occupation - with full American support - is racing against time in implementing its plans to annex the remainder of the Palestinian occupied lands, escalating its procedures to Judaize the city of Jerusalem, confiscating lands and building settlements, attempts to undermine the Palestinian leadership, and undermining the Palestinian National Authority, in addition to continuing detention, terrorism and executions by the settlers, the most recent of what happened to the martyr with special needs Iyad Hallaq in the occupied city of Jerusalem.
All of these terrorist policies and practices, no doubt, reflect Tel Aviv government’s insistence on continuing to occupy the lands of the Palestinian state, and pushing the region toward further deterioration and escalation, PNC added.
The Council called on the international community to react to Israel's continued violations of international law and international legitimacy resolutions, to guarantee our people's right to self-determination and return to live in the Palestinian sovereign state with its capital, Jerusalem. PNC demanded concrete steps to impose sanctions on Israel, to stop the implementation of annexation schemes of the Palestinian occupied lands.
PNC renewed its call to end the division, and unify the endeavors under the umbrella of the Palestine Liberation Organization (PLO), the legal and sole representative of the Palestinian people wherever they are, in order to confront the risks to our national project.
PNC stressed the importance of aligning firmly behind the Palestinian leadership, represented by President Abu Mazen, in a framework to address what is so-called the American " Deal of the Century "and confront the Israeli annexation plans.

The PNC statement concluded by saluting the steadfastness of the Palestinian people, for its defense of rights, land, identity and sanctities, in addition to Palestinian insistence on achieving the dream of our martyrs in founding the sovereign state on the entire Palestinian soil.