Saving the life of Palestinian detainee Abu Atwan, who has been on hunger strike for 59 consecutive days 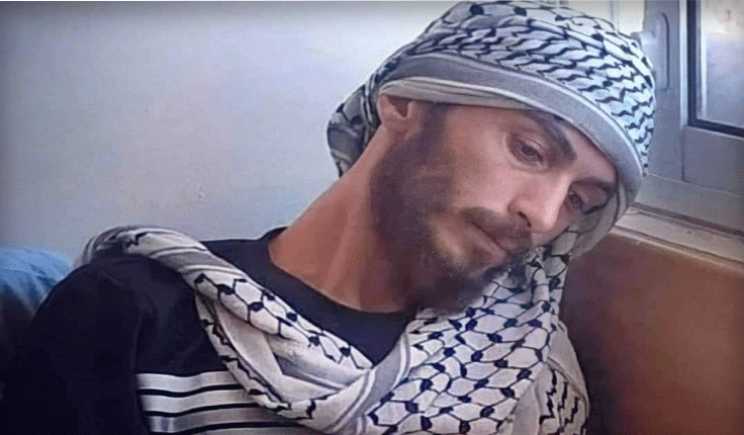 Saving the life of Palestinian detainee Abu Atwan, who has been on hunger strike for 59 consecutive days
The Palestinian detainee Alghadanfar Abu Atwan, 28 years old, who has been held in Israeli prisons since October last year, continues his hunger strike for the 59th consecutive day, in a refusal to continue the arbitrary detention according to the so-called “Administrative Detention,” without charge or trial.
On the other hand, the Israeli occupation refuses to respond to his humanitarian demand to end his administrative detention and release him, and continues to detain him in the Israeli "Kaplan" Hospital, without providing him with the necessary medical care, which has led to a serious deterioration in his health that threatens his life. According to the latest report issued by the doctors in the hospital two days ago, the detainee Abu Atwan faces three serious possibilities, including: paralysis, a chronic health problem that is difficult to treat later, or the possibility of sudden death.
The case of the administrative detainee Abu Atwan and his legitimate right to resort to the most difficult and painful option - which is to go on a hunger strike after the failure of other means - is a painful human condition that hundreds of Palestinians have experienced and suffered from in the Israeli occupation prisons, as a result of the occupation’s exaggeration in adopting the policy of “Administrative Detention” which is widely used as a systematic method, despite its abnormal, exceptional and temporary nature, as a form of collective punishment of Palestinians.
Therefore, we hold the Israeli occupation authorities fully responsible for the life of detainee Abu Atwan, and we ask you to pressure the occupation authorities to ensure his immediate release, and the release of other detainees who are on hunger strike without charge or trial, so that they can receive the necessary medical care in Palestinian hospitals.
We invite you, and we expect you to contribute to the efforts of sending fact-finding committees to investigate the situation of Palestinian prisoners, and to communicate with international human rights, humanitarian and health institutions to stop what the prisoner Abu Atwan is exposed to before it is too late, in light of the rapid deterioration of his health and the danger of loosing his life.
We also urge you to put pressure on the Israeli occupation to cancel the administrative detention orders for their grave violation of the provisions of Articles 83-96 of the Fourth Geneva Convention of 1949, the International Covenant on Civil and Political Rights, and the Convention against Torture, and urging the sponsoring countries of these agreements to enforce them on the Palestinian prisoners, where there are approximately 530 Palestinian administrative detainees are still in the occupation prisons, including dozens of patients.