PNC: The assassination of Palestinian citizens is a direct result of the failure to hold the Israeli occupation accountable for its crimes 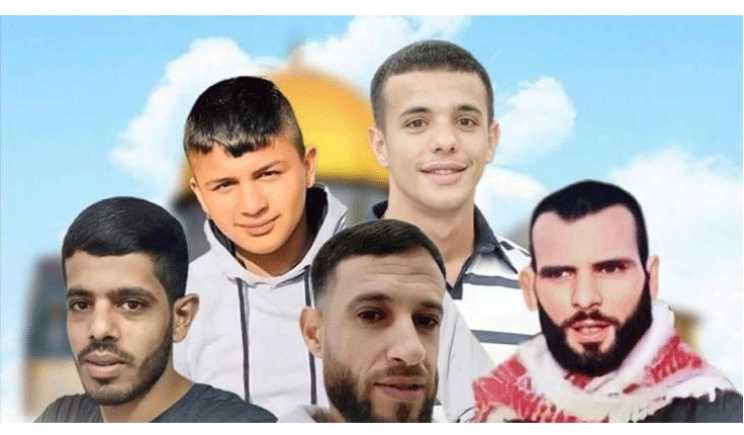 PNC said that the crime of assassinating the five Palestinian citizens today by the Israeli occupation army, was a direct result of the failure to punish the war criminals in Israel - the occupying country - and its leaders, including civilians, military, security, and settler groups, in accordance with the four Geneva Conventions of 1949 and the two protocols attached to them.

In a statement issued today, Sunday, PNC called to prosecute the war criminals in the occupation government and punish them for their crimes, following the killing (martyrdom) of five citizens in Jerusalem and Jenin today (Ahmed Zahran, Mahmoud Humaidan, Zakaria Badwan, Osama Yasser Sobh, Yousef Sobh - 16 years old), as well as the killing of the youngster Muhammad Khabisa in the town of Beita / Nablus the day before yesterday.

PNC stressed that it is the duty of the high signatory states to the Geneva Conventions to take measures to ensure the implementation of the provisions, and to hold the leaders of the occupying state accountable for their grave breach of the provisions. These states cannot absolve themselves of the responsibility for the mentioned acts, as they have pledged to enforce respect for the 1977 Protocol I, in all circumstances, which is related to the protection of victims of international armed conflicts.

PNC called on the UN Security Council to provide international protection for the Palestinian people in accordance with the General Assembly resolution in its emergency session No. A/Es-10/L.23 on 6th of June 2018, and the relevant Geneva Conventions. PNC appealed to parliaments around the world to contribute to the efforts that would protect the Palestinian people under occupation, deter the occupation leaders, and ensure that they do not go unpunished for their crimes.