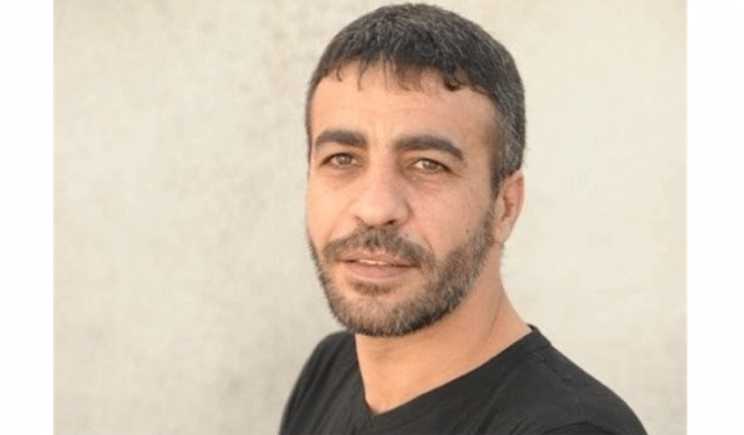 Palestine National Council (PNC) called on international human rights and humanitarian institutions, led by the International Red Cross (IRC), to intervene for the immediate release of the prisoner Nasser Abu Humaid, 49 years old, who has entered a critical stage as a result of lung cancer that needs urgent treatment outside the Israeli occupation prison hospital, knowing that he has been in a coma for eight days, after suffering an acute infection in the lungs as a result of a bacterial infection.

In a statement issued today, Wednesday, PNC confirmed that Israel - the occupying power - refusal to release Abu Humaid, who got the disease inside the occupation prisons like the rest of the sick prisoners, to enable them to receive the necessary medical care, is a flagrant violation of their rights, and a repudiation of the detaining authorities for them. It is the duty of the occupation to provide the necessary health and medical care to them. The failure to provide care is a flagrant violation of Articles (13 and 15) of the Third Geneva Convention, which prohibit the Detaining Power from committing any act or omission that endangers their lives.

PNC called on parliaments in the world, especially its human rights committees, to raise their voice and take the necessary measures to pressure their governments to intervene in order to stop the suffering of prisoner Abu Humaid and all sick prisoners in Israeli occupation prisons, and to ensure their release, in line with their obligations contained in the related Geneva Conventions

The prisoner Abu Hamid is not the only case inside the occupation prisons that suffers and needs urgent medical intervention, PNC said, but there are about (600) prisoners, including (4) prisoners with cancer, and (14) prisoners at least with tumors of varying degrees, Among them is the prisoner Fou’ad Al-Shobaki (81 years old), the eldest among them, and there are other sick prisoners, most notably (Khaled Al-Shawish, Mansour Muqada, Mutassim Raddad, Nahedd Al-Aqra’), noting that most of them have been languishing since their arrest in the RamlaClinic prison, and they witnessed the death of anumber of their colleagues over the years ofdetention.

PNC called for obligating the Israeli occupation authorities, with what was stated in Annex I of the Third Geneva Convention, to directly repatriate all prisoners with disabilities, or patients whose condition becomes chronic and whose recovery is not expected despite treatment, which applies to the prisoner Abu Humaid and hundreds of his colleagues in the occupation prisons.

PNC pointed out that the systematic health and medical policy of the Israeli occupation authorities towards Palestinian prisoners and detainees is the reason for the death of hundreds of them inside and outside prisons after their liberation, as a result of chronic and dangerous diseases they inherited from those prisons where the necessary health care and medical services provided to prisoners is very poor. This is a policy of intended medical negligence, leading to the exacerbation of the disease that leads to the prisoners’ death.