PNC: Field Executions of Palestinians is an interpretation of the instructions of Naftali Bennett government 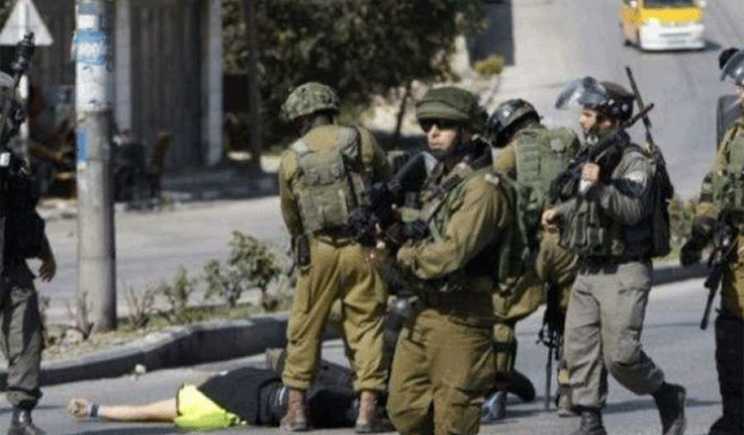 The Palestinian National Council (PNC) said that the field executions of Palestinian citizens that amount to war crimes and crimes against humanity, carried out by the Israeli occupation army in Palestinian cities and villages, are interpretation and implementation of the policy and direct instructions of the Israeli settler Prime Minister Naftali Bennett.

In a statement issued today, PNC added that the cold-blooded killing of the Palestinian people, the latest of which happened this morning in Jenin, was the execution of Shas Kamamji and Mustafa Abu Al-Rub, and what happened yesterday in the execution of three youngsters, the youngest of whom was the child Qusay Hamamra in Bethlehem. It is terrorism that has been silenced internationally by international institutions and the great countries in the world, foremost of which are those who claim their keenness to implement justice, protect human rights and achieve security and stability in the world

PNC stressed that the Palestinian people and their leadership reject the "carrot and stick" policy announced by Israeli Minister of War Gantz, and affirm the full right to resist the occupation and confront its crimes and terrorism in defense of the land, people and holy sites, in order to achieve the establishment of a free and sovereign state of Palestine with the city of Jerusalem as its capital In accordance with relevant international legitimacy resolutions.

Remaining silent about these daily bloody crimes, and following the policy of selectivity and double standards which the international community deals with when it comes to the Israeli occupation, explicitly means encouraging the aggressor to continue the aggression, PNC affirmed, in addition to the occupation persecution of Palestinian blood. This is in a way or another a participation in the Israeli occupation crimes and violations of the rights of the people the defenseless Palestinians, foremost of which is the Palestinians right to life.

PNC held the Israeli occupation government fully responsible for everything that is happening on the Palestinian land, and the bloody escalation it is practicing, which has killed 40 martyrs since the beginning of the year, including 16 martyrs this month, stressing that our people are united in the face of the occupying, killing and terrorism machine.

PNC called on the Arab and Islamic institutions and their parliaments to assume their full responsibilities, to leave the crimes of the occupation spectators square, or condemnation at best, to carry out their legal, Arab and religious duties towards Palestine, its people, and its Christian and Islamic sanctities, especially the blessed Al-Aqsa Mosque. And to take practical and effective steps that strengthen the Palestinian people, to stop the aggression and crime against the Palestinians sons, children and elders.

The United Nations, Secretary-General and the Security Council are to restore the UN credibility, and to activate the legal mechanisms and procedures guaranteed by international law, the Geneva Conventions and the Statute of the Criminal Court, PNC called on, to hold the Israeli occupation accountable and punishable for its violations and crimes against the Palestinian people, and to provide urgent international protection for the Palestinians, as stipulated in the Fourth Geneva Convention and its 1977 two Protocols, the Hague Convention, and the implementation of the 2018 UN General Assembly resolution on the protection of Palestinian civilians.

All these crimes and blind terrorism will never subdue Palestinian people, PNC affirmed, and will continue their struggle, adhering to their legitimate rights to self-determination, return to their land, and the establishment of the Palestinian state with Jerusalem as its capital, stressing that achieving security and lasting peace can only be achieved through the implementation of international legitimacy resolutions that stipulate the end of this colonial settlement occupation of Palestine, and that the Palestinian people obtain all the legitimate rights