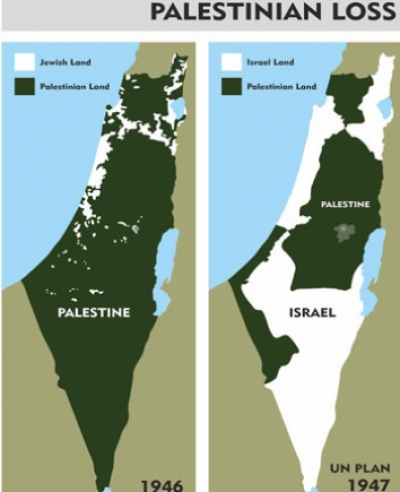 The PNC demanded that the Inter-Parliamentary Union, in particular, and all other regional and international parliamentary unions, to condemn the arrest of MP Khaleda Jarrar and condemn and denounce the continued detention of the remaining 11 members of the Palestinian Legislative Council, 9 of them under administrative detention, by the Israeli occupation authorities.

The PNC called upon the Inter-Parliamentary Union to voice their concerns over these crimes and Israeli violations. The PNC also demanded the release of the detained MP members and to take immediate punitive measures against the Israeli Knesset, which is a partner to the Israeli government in all its crimes and violations against the Palestinian people.

Since 1967 ,Israel has embarked on a campaign to colonize the occupied Palestinian territories by illegally confiscate Palestinian lands and natural resources while confining the indigenous Palestinians population in enclaves .

The Israeli government has attempted to consolidate its control over Jerusalem by systematically pursuing a number of policies including establishing settlements : Israel has attempted to integrate occupied East Jerusalem into Israel through constructing illegal settlements with and along the unilaterally expanded borders. These settlements now form a ring around the Palestinian population at the heart of the city, sealing it off from the rest of the West Bank .Today more than 277,501 of the approximately 560,546 settlers in the occupied Palestinians territories live in occupied East Jerusalem ,almost 49% of the total settler population.

UNRWA defines eligible Palestine refugees as persons whose normal place of residence was Palestine between June 1946 and May 1948 ,who lost both their homes and means of livelihood as a result of the 1948 Arab –Israeli conflict . The descendants of Palestine refugees (males or females married to male refugees ) are also entitled to UNRWA services. Refugees should be living and registered in its fields of operations; The West Bank ,Gaza Strip, Syria, Lebanon ,Jordan .

On June ,1947, the Zionist terrorist organization were planning, organizing and carrying out terror and sabotage activities with a view to expelling Arab citizens .The Zionist gangs employed all methods to forcibly evict the people :Large –Scale  intimidation ,laying siege to and bombarding villages and population centers setting fire to homes ,properties ,cultivated lands, even dozens of massacres were committed with the aim of evicting and massive explosion of the Palestinian people .

One third of registered refugees live in 59 camps in;

Refugee’sdistribution in the hosting countries:

UNRWA was established by General Assembly resolution 302(IV) (1949), following the 1948 Arab – Israeli conflict, to carry out direct relief and work programs for Palestine refugees. The Agency began operations on 1 May 1950.

UNRWA is by far the largest UN operation in the Middle East .It has around 22.000 staff (almost all of whom are refugees themselves) .

UNRWA is the main provider of basic services to about 5.3 million registered Palestine refugees in its field of operations: 17% of them in the West Bank, 24% IN Gaza Strip, 40% in Jordan, 9% in Lebanon ,10% in Syria .

UNRWA’s services are available to those living in its area of operations who meet this definition, who are registered with the Agency and need assistance.

Since 1967, UNRWA has also been authorized by General Assembly resolution(2252)toprovide humanitarian assistance, on an emergency basis and as a temporary measure, to other persons in the area who are at present displaced and in serious need of continued assistance as a result of the June 1967 hostilities . Since then UNRWA provided services for Gaza refugees coming to Egypt.

The Agency’s operations are financed almost entirely by voluntary contributions from donors (governments ,intergovernmental and non – governmental organizations and private sources) ,Throughout the past decade ,it has faced recurring financial crises .The Agency has found it increasingly difficult to finance its program to continuing services .The Agency ended last year with a deficit in its budget was 70 million Dollars .

In line with its mandate ,it promotes the human development and well –being of Palestine refugees. UNRWA principle areas are education, health,relief,social services ,micro –credit and camp improvement programs.

In Islam Jerusalem is the third –holiest city, after Mecca and Medina .In Islamic tradition in 610 CE ,it became the first Qibla ,the focal point for Muslim prayer (salat) and Prophet Muhammad made his Night Journey there ten years later, ascending to heaven to meet previous prophets and receive his final revelation .The first in Qura’n’sSurat al – Isra notes the destination of Prophet Muhammad’s journey as al –Aqsa (the farthest ) mosque ;”Glory to (Allah ) Who did take His servant for a Journey by night from Sacred Mosque to the farthest Mosque ,whose precincts We did bless, in order that We might show him some of our signs : for He is the One Who heareth and seeth (all things) “.(17:1)

What also makes the city significant is the existence of a large number of holy places :Mosques ,Churches ,Synogogues Tombs.

The Hashemite Royal Family Leadership carried out restoration and reconstruction of the Holy Places in Jerusalem three times in the twentieth century .

In 1922 a nongovernmental organization ,the Islamic Higher Council (IHC) was established to preserve Islamic ideals and sanctuaries ,alike .The (IHC) took responsibility for raising funds to restore the Dome of the Rock .A delegation visited Sharif Hussein in Mecca in 1924 ,and explained to him the mosque’s condition .Sharif Hussein contributed 24 thousand golden Lire. This generous sum went towards the restoration of buildings in the Haram Al Sharif compound and a number of other mosques in Palestine .When Sharif Hussein died on 4 June 1931 ,the elite Jerusalemites insisted on his burial in Jerusalem, His tomb is located in the southern corridors of Al Aqsa Mosque.

King Abdulla1 took up the responsibilities of his father .During the 1948 Arab – Israeli war, Al Haram  Al Sharif suffered considerable damage .King Abdulla 1 sounded the call for the restoration of Zakaria’smihrab .He held the role of guardian of the holy sites in Jerusalem, maintaining and repairingthem, throughout his resign .

On 8 May 1952 ,six days after the coronation of King Hussein ,the Jordanian government took action to continue restoration of the Dome of the Rock ,and the compound of all AL Haram Al Sharif (The Noble Sanctuary ) This restoration was funded totally by Jordan (JD 19.000).

In 1969,after setting Al Aqsa Mosque on fire the late King Hussein again initiated preservation of the holy sites ,particularly ,the restoration of Minbar of Salaheddin ,gilding the dome with glittering gold plates ,as well as the rebuilding of the roof supports .The late King Hussein spend more than US$8 million of his own resources .When King Abdulla II ascended the throne of Jordan ,he continued the royal commitment to care for the holy sites working continuously on the maintenance and restoration of these sites.

The UNESCO and Jerusalem

The UNESCO General Conference ,in its session No 195 ,adopted a resolution in which it :

Deplores the continuing Israeli measures and decision regarding the Ascent of the Mughrabi Gate and reaffirm that no Israeli unilateral measures shall be taken in conformity with its status and obligations under the 1954 Hague Convention for the Protection of Cultural Property in the Event of Armed conflict .

Deplores the continuous Israeli restrictions that in effect amount to a blockade of theGaza Strip ,as well as the targeting of the children ,the attacks on schools and other educational and cultural facilities, and the  denial of access to education, and urges Israel, the occupying power , to immediately ease this blockade in accordance with the spirit and essence of the 2014 Cairo agreement between Israel and Palestine for a long – term ceasefire in Gaza .

Deplores the ongoing Israeli construction of private roads for settlers and a separation wall inside the Old City of Al-Khalil /Hebron and the subsequent denial of freedom of movement and freedom of access to places to worship, and urges Israel, theoccupying Power to end these violations, in compliances of provisions of relevant UNESCO conventions,resolutions,and decisions.

Also deplores the continuous Israeli violations such as : closure and restrictions of access to the Muslim holy site Al –Aqsa Mosque ,as well as the frequent intrusions of religions –extremist groups and uniformed forces into the Mosque and urges Israel ,the occupying  Power ,to end these abuses which inflame the tension on the ground .

During 1967 war Israeli forces occupied East Jerusalem, along with the entire West Bank and subsequently annexed it .On 27 June 1967 ,a few weeks after the war

“…We have reunited the torn city ,the capital of Israel .We have returned to this most sacred shrine ,never to part from it again …”

The  Israeli forces occupied the Arab city of Jerusalem on 7 June 1967 .Thereupon they immediately proceeded to Judaize the Holy City .They embarked on the execution of their plans by confiscating Arab lands and property ,obliterating Arab and Muslim civilization .They Launched a harsh and stern campaign of terrorism against the Arab inhabitants to force them to evacuate the city ,with a view to filling the vacuum so created by Jewish immigrants .The Israeli authorities further initiated  a programme of diggings and excavations within the city walls ,and in particular under the buildings adjoining the southern and western walls of Al – Haram Ashareef . This led to the collapse of the property and thereafter to its demolition, pretending that such demolition were necessitated by the need to widen and enlarge the open space near the Wailing Wall.

In the summer  of 2002 ,Israel began constructing its wall in the occupied Palestinian territories .Though Israel has claimed that the Wall is for security purposes ,in actuality it forms an integral component of Israeli’s settlement infrastructure. The Wall snakes through the West Bank seizing large portions of the West Bank territory for the settlements future expansion while confining the indigenous Palestinian population in enclaves and severing East Jerusalem from the rest of the West Bank .

The Wall has a Number of Dimensions :

In its Advisory Opinion of 9 July 2004 ,the International Court of Justice (ICJ) held that the Wall ,along with the settlements ,violate international Law .It called upon Israel to halt its construction ,dismantle portions already built ,and provide reparations to Palestinians for damages it has caused.

The Wall disastrous effects on the Palestinian people: