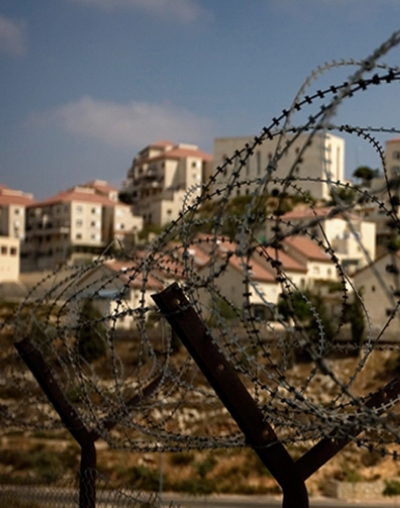 Monitored and presented by BarhoumJaraysi

The Second Annual Report on Racist Laws in Support of the Occupation and Settlement Activity reflects the state of escalating and rampant extremism at the top of the Israeli political hierarchy, including the legislative authority (Knesset) and executive authority (government). What was seen as an “unprecedented peak” in the first report, which was released one year after the last parliamentary elections had been held and submitted in April 2016, is now a matter of the past.

According to the first report, 66 laws, including six approved in the final reading, were enacted. By contract, the second parliamentary year (eight working months) were “enough” to increase the reported peak to 136 laws, including 25 approved in the final reading. Of these, 21 regulations were integrated into official laws and another four incorporated as sections within three laws. One law is still in the first reading and 14 in the preliminary reading stages. Three laws were suspended and replaced by another. This was the law on the expropriation of private land in the West Bank -the so-called “Settlements Law”.

By comparison, in its 17thSession (2006-09), the Knesset approved six laws in the final reading. In the 18th Knesset Session (2009-13), the final versions of eight laws were approved. Over a period of two parliamentary years, the Knesset endorsed a total of 24 laws. All indications show that the number of laws will continue to rise until the next elections.

A review of laws shows a significant acceleration and competition among members of the Knesset (MKs) to introduce more laws in the immediate interest of settlement activity. A total of 37 regulations have been initiated, including 30 laws designed to establish the so-called “Israeli sovereignty” over settlements, or the West Bank in its entirety. These include three laws, which were suspended after they had been approved in the preliminary reading, and replaced by the land grab law-the so-called “Settlements Law”. This body of legislation does not include laws on combating the boycott of settlements (see the table below)as well as laws targeting human rights organisations and foreign activists.

At the request of Prime Minister Benyamin Netanyahu, the government called on the Knesset to hold an extraordinary session during the Spring Recess. On 5 April 2017, the Knesset convened to approve in a final reading a law on “unlicensed construction”, targeting Palestinians of the 1948 territory. Due to limitedconstructionareas, Palestinians are involuntarily forced to build their own homes. The law threatens thousands of Palestinian homes and allows for issuing an increasing number of demolition orders. Depriving Palestinians of trials to suspend demolition orders, the law imposes exorbitant fines on the owners of affected homes.

During the Winter Session (2016-17), moretotalitarian and tyrannical laws were enacted against all opponents of government policies and agenda of the coalition government. At the forefront of draft law was the Draft Law on the Prohibition of the Call to Prayers (Muezzin Bill), of which the Knesset approved a comprehensive in a preliminary reading. The Knesset also approved “abridged” version, which restricts the scope of the law to the dawn call to prayer. Also targeting some Christian denominations, however, effective enforcement of the law will cover church bells that ring at 6:00 am every day. In spite of verbal opposition within the coalition government, Netanyahu supports enacting a comprehensive version of the law. Passing and enforcing this law will have serious implications, particularly in the occupied city of Jerusalem as well as in the coastal, Jewish-majority cities of Historic Palestine, including Jaffa, Haifa, Acre, Lod and Ramlah.

A review of initiatives and voting for laws at various stages showsan entrenched complicity and effective participation of opposition blocs, namely the Zionist Camp and YeshAtid (There is a Future). The latter showed a greater identification with, and engagement in,the far-rightwing projects.

Similar to a quest for a certificate of “good conduct” in thefar-right camp,initiatives to introduce draft laws on the Knesset agenda reveal a competition between MKs. Hence, on many occasions, several laws with one version or one goal have been proposed. However, each law is proposed by a MK or a group of MKs with a view to gaining political momentum.

The law making process is not limited to far-right MKs, including the Likud and coalition of settler parties (Jewish Home). It also involves those considered in the political arena as the “moderate right wing” or “centre”, such as Kulanu (All of Us) led by the Minister of Finance Moshe Kahlon. Although they do not take the initiative to propose racist laws in support of the occupation and settlement activity, MKs of ultraorthodox (Haredi) parties, including Shas and United Torah Judaism (YahadutHatorah),do participate in the enactment of some laws, showing full harmony with the far-right camp. In the past, Haredi parties used to maintain some distance from these political initiatives. However, far-right transformations, particularly over years of the right wing among the Haredi public, have reflected more on the performance of Haredi MKs.

The pace of draft laws and law making process prove that this tremendous number of laws does not indicate a ceiling or barrier that would put an end to these flood of legislation.

In line with a broad definition, a racist law in support of the occupation and settlement activity is everypiece of legislation, which targets Palestinians as Palestinians wherever they exist. It can be either a direct or indirect law. Although they look like amendments of criminal laws, these laws are enacted against the background of political events. Reflecting a policy of racial discrimination and political persecution, these laws restrict political freedoms and political action. Initiatives are triggered to supportthe occupation, promote and legalise settlement activity, and impose the so-called “Israeli sovereignty” over the occupied West Bank.

A two-year review of this body of laws shows that these initiatives have quickly ensued political events. Of particular note, during the Winter Knesset Session (2016-17), MK Basel Ghattas of the Joint List was charged with smuggling cellular telephones to prisoners in Israeli detention camps. In effect, MKs of both the coalition and the opposition proposed six laws targeting Arab MKs. For example, a law allows that a MK who is suspected in security cases be immediately detained. Another law provides for suspending salaries of those MKs indicted in security cases.

Hagai Elad, Director General of the Israeli Information Center for Human Rights in the Occupied Territories (B’tselem), appeared before the United Nations Security Council and presented an anti-settlement report, addressing aspects of Palestinian life under occupation. Consequently, three laws were proposed to tighten the grip on human rights centres and peace organisations. Approved in a final reading, one law was incorporated as a section within a relevant law. While another was approved in a preliminary reading, a third law is still on the Knesset agenda.

Prime Minister Netanyahu falsely announced that wild fires that erupted in late 2016 were caused by “terrorist acts”. A draft law was immediately proposed,raisingthe penalties for arson on terrorist grounds. Examples are numerous.

Although they would not be enacted,dozens of laws will continue to be listed on the Knesset agenda. Nevertheless, this large number of laws, underlying initiatives and political discourse that marks relevant explanatory notes reflect a state of uncheckedracist incitement against the Palestinian people wherever they reside.