The PNC: The lives of Palestinian prisoners in Israeli prisons are in danger with the outbreak of the Coronavirus pandemic 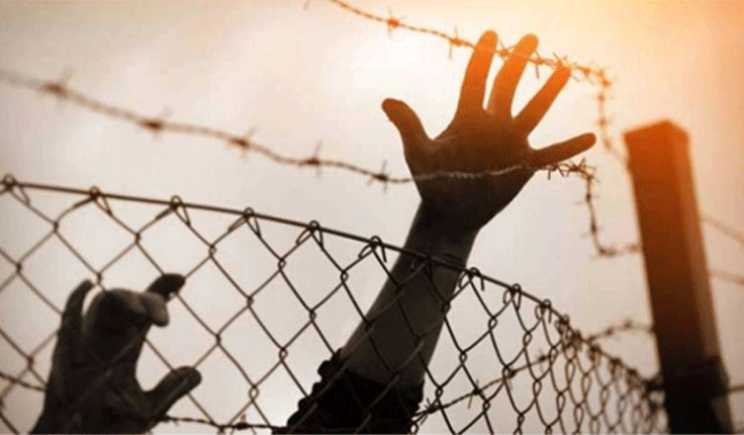 The lives of Five thousand Palestinian prisoners in the Israeli occupation prisons are in serious danger, PNC stated, after injuries were recorded amongst prisoners and Israeli jailers and interrogators, which resulted in infecting one of the prisoners, and increases the fears and risks of the transmission of the disease to the Palestinian prisoners, especially under inappropriate health conditions in Israeli prisons.

In a statement issued on the occasion of the Palestinian Prisoner's Day, which Palestinian people and the world's liberals commemorate on 17th of April each year, PNC affirmed the support for the prisoners in the Israeli occupation prisons in a fulfillment of their sacrifices, and confronting the dangerous conditions experienced by the prisoners, where the Israeli occupation authorities ignored the warnings and demands of prisoners and specialized international organizations, and deny the legal and humanitarian obligations, the lack of healthy conditions in detention centers, and the lack of the Israeli occupation response to provide the protection tools and requirements necessary to prevent receiving and spread of the Coronavirus among prisoners.

In light of the Corunavirus outbreak, PNC also affirmed the responsibility of the International Committee of the Red Cross and the World Health Organization to urgently intervene to protect detainees in Israeli prisons, to provide means of protection for prisoners and forming of an international medical team to visit detainees in detention centers.

PNC also noted the continued daily arrests in light of the spread of Coronavirus pandemic, in addition to the continued practice of physical and psychological torture, which harms and weakens the bodies of many of the prisoners, which has led to double their suffering. All these practices were documented by specialized local and international human rights institutions and organizations and supported by the testimonies of hundreds of prisoners.

PNC added: As a result of these systematic policies, there are about (700) sick prisoners, among whom (300) are prisoners suffering from chronic and serious diseases such as cancer, kidney failure, heart disease, and various disabilities, besides the presence of (180) minor prisoners, and (41) Woman and girl, members of the PNC, and (430) prisoners under the Arbitrary Administrative Detention Law, altogether resulting in the death of (222) prisoners inside the Israeli occupation prisons since 1967, of whom (67) died as a result of medical negligence, and (73) as a result of torture.

So PNC stressed the obligation of all signing parties on Geneva Conventions of 1949 to pressure the Israeli occupation authorities to release prisoners, especially sick and elderly people, such as the leader prisoners Fuad Al-Shobaki (81 years old), who is the oldest prisoner, along with women, minors and old prisoners.

The prisoner has the right to be released, PNC affirmed, it is not reasonable to remain imprisoned for life, as indicated in Articles (21, 118, 109) of the Third Geneva Convention, knowing that there are (14) Palestinian prisoners spent more than 30 years in person, and (26) Palestinians imprisoned before signing Oslo Agreement in 1994, in addition to (47) prisoners have been imprisoned for more than (20) years.

PNC appreciated all the local and international civil, human rights and humanitarian initiatives and campaigns, especially the (European Alliance in Defense of Palestinian Detainees) which launched the International Solidarity Campaign in several languages, most notably: English, French, German, Russian and Spanish. The campaign signed by more than 200 institutions and unions in 40 countries worldwide. Its aim is to publicize solidarity with the Palestinian prisoners, and demand to release them as prisoners of Freedom, and to save their lives, especially in light of the outbreak of the Coronavirus pandemic.