Catastrophe (Nakba): PNC calls on the world's parliaments to work with their governments to impose deterrent sanctions on the Israeli occupation 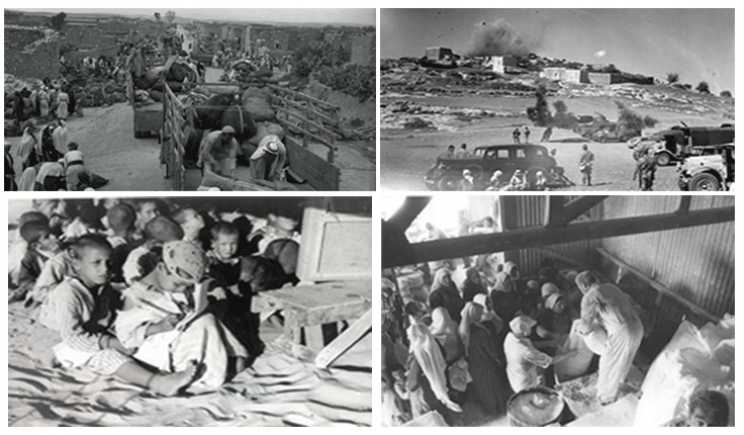 Palestine National Council (PNC) called on the parliaments of the world to take serious action at all legal and political levels, and to work with their governments to impose sanctions on the government of Israel, to end its occupation and forbid it from implementing the annexation plans for the territories of the occupied state of Palestine.

In identical messages, the Speaker of PNC Saleem Al-Za’anoon addressed the heads of Arab, Islamic, African, Asian parliamentary unions, The Arab Parliament, The European Parliament, The Inter-Parliamentary Union, European and Euro-Mediterranean Parliamentary Associations, and a number of heads of specific national parliaments in Europe, Africa, Asia, and Latin America, to remind them of their responsibilities towards the suffering of the Palestinian people for 72 years, since the Catastrophe (Nakba) in 1948.

In its messages, PNC added that the anniversary of the (Nakba) is accompanied by the announcement of the Israeli occupation government to take executing actions to annex large parts of the remaining Palestinian land occupied since 1967, to implement the President Trump's plan so called "Deal of the Century".

In its messages also, PNC said that the implementation of the Israeli-American annexation project is considered a cancellation of the agreements signed between the Palestine Liberation Organization (PLO) and Israel & USA, which is a further evidence that they don’t want peace, and seek to liquidate the Palestinian issue.

PNC called on parliaments to reject these plans and measures, and to take what is necessary to forbid its implementation, in order to avoid opening widely the doors of escalation in the region, calling on the governments of the world to support Palestinian people to get rid of the Israeli occupation, and to recognize the State of Palestine with its capital, the city of Jerusalem.

PNC called on also to freeze the membership of the Israeli Knesset (Parliament), which enacts laws that legalize settlement, annexation of Palestinian lands, in a complete contradiction with international law, and the goals and objectives of the parliamentary unions.

In its messages PNC urged the world's governments to continue supporting UNRWA financially and politically, and to respond to UNRWA's urgent appeal for US$ 93.4 million to protect Palestinian refugees from the risk of the COVID-19 pandemic.

PNC explained the measures taken by the Israeli occupation against the legitimate struggle of Palestinian people, by threatening Palestinian banks, on the pretext of providing their services to the families of the prisoners, the wounded, and the Palestinian martyrs.

Israel is continuing to escalate its settlements, its unjust blockade of Gaza Strip, its incursions into cities and villages, and refugee camps, and committing daily arrests, the demolition of homes, and the detention of the bodies of martyrs, PNC clarified.

PNC reminded the parliaments of the displacement of the Palestinian people 72 years ago, by displacing about 950 thousand Palestinians from their homeland, after committing the crime of ethnic cleansing against them by carrying out 250 massacres, and destroying 531 villages and cities.

Continuing of the national struggle march until achieving all the goals, and the crimes of the Israeli occupation will not compromise the resolve of our people, PNC re-affirmed, stressing the unity of Palestinian people under the umbrella of the Palestine Liberation Organization (PLO), the only legitimate representative of Palestinian people in the homeland and diaspora.