PNC calls on humanitarian and human rights institutions and world parliaments to declare their solidarity with the Governor of Jerusalem, Adnan Ghaith 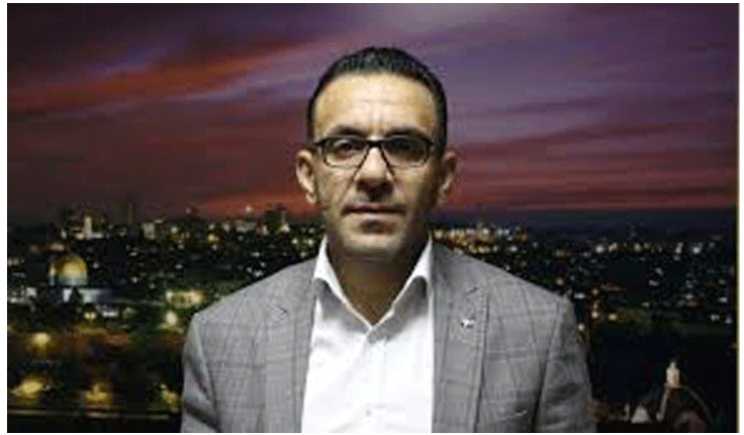 Palestine National Council (PNC) renewed its call for humanitarian and human rights institutions, parliaments of the world and their free peoples, to declare their solidarity with the Governor of Jerusalem, Mr. Adnan Ghaith, and to act urgently to pressure the Israeli occupation authorities to release him, especially as he is subject to continuous investigations in the cells of Ashkelon prison, in harsh conditions of detention, and in violation of Geneva Conventions related.

In a statement issued today, PNC considered that the continued detention of the Governor of Jerusalem, Mr. Ghaith by the Israeli occupation for the 14th day in a row is an additional crime, and a direct targeting of the occupied city of Jerusalem and its religious, national institutions, leaders and symbols, in order to empty it of its original owners.

PNC declared that Governor Ghaith had been arrested on 19th of July 2020 for the eighteenth time in two years, that means since he took office, without any justification except that he is acting his national role in serving Palestinian people, in the capital of the occupied Palestinian state, which is recognized by the United Nations, This confirms that this illegal detention is aimed solely at targeting the Palestinian presence in occupied Jerusalem.

The arrest of the Governor of Jerusalem, and transferring him outside the borders of his occupied country, constituted a war crime and a flagrant violation of the provisions of (Article 76) of the Fourth Geneva Convention, which stipulates that captured persons (prisoners) should stay in their country, stressing the duty of all signatory states parties under the agreements of Geneva 1949, to pressure the Israeli occupation to release the Palestinian prisoners, and put an end to its repeated violations of the agreements, PNC confirmed.

PNC added: The arrest of Governor Ghaith comes in the context of the occupation attack against occupied Jerusalem, by demolishing homes, expelling residents, closing down national and cultural institutions, and arresting hundreds of children and storming holy sites and other series of Judaization, in direct targeting of the legal and political status of the occupied Jerusalem

PNC recall that Jerusalem is an occupied Palestinian city, in accordance with United Nations resolutions including Security Council Resolutions No. 252 (1968), 267 (1969), 465, 476 and 478 (1980), 2334 (2016), which consider all Israeli measures and laws aimed at changing The legal and political status of the city of Jerusalem, its sanctities, identity and demographic composition, are null and void.