On the Anniversary of the Declaration of Independence, PNC: Recognition of Israel cannot continue without its recognition of the State of Palestine 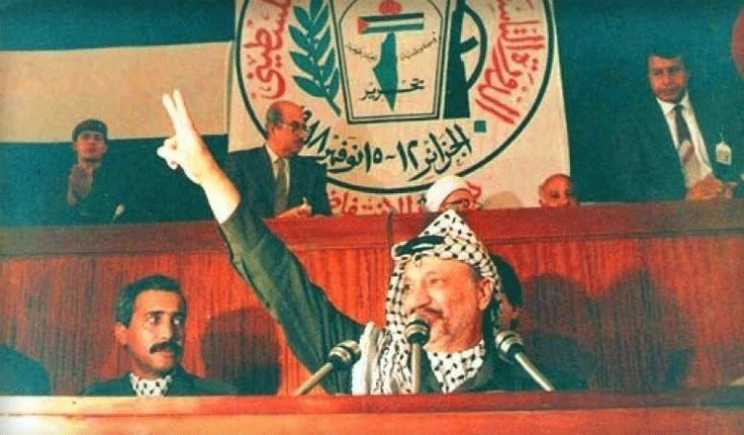 In a statement issued on the occasion of the 33rd anniversary of the declaration of Palestine independence document, which approved at its 19th session on November 15, 1988 in Algeria, Palestine National Council (PNC) affirmed the adherence of our people to their right to continue the struggle to achieve all their rights, based on the relevant United Nations resolutions. especially Resolution 181 of 1947.
The Declaration of Independence established the world’s recognition of the State of Palestine, and all diplomatic achievements, PNC said, including United Nations Resolution No. 67/19 of 2012 recognizing Palestine as a country under occupation, which enabled Palestine to join the international organizations, agreements and treaties to reinforced the recognition of the State of Palestine. This requires the UN Security Council to end the Israeli occupation.
PNC called on the United Nations, and the UN Security Council to punish the apartheid practiced by Israel, especially in light of the fundamental and strategic changes that have occurred in the prosecuting tracks and to hold Israel accountable for the crimes it has committed, and it continues to commit against our people. Legal reports, whether international or Israeli, and the positions of well-known intellectuals, academics, and parliamentarians around the world prove with facts, evidence and international humanitarian legal support that Israel is committing the crimes of apartheid and persecution against the Palestinian people.
PNC called for the necessity of developing a Palestinian national strategy to prevent and punish Israeli persecution and apartheid against our people, and to assign a national committee with competence in international humanitarian law to establish its foundations and elements that have become available in the conclusions and recommendations of the international reports. One of the tools and mechanisms for accountability of Israel has become effective, it’s the case of the Human Rights Council resolution 27 on May 2021, which is related to the formation of a permanent international commission of inquiry to address the Israeli violations against the Palestinian people.
PNC also called on the countries that are still sponsoring the last occupation in the world to abandon their supporting policies, adhere to the principles and provisions of international law and the values ​​of freedom and justice, acknowledge their grave mistakes in defending the Israeli occupation and its crimes and violations, and take the initiative to recognize the State of Palestine in compliance with United Nations resolutions.
PNC affirmed the follow-up of efforts in the International Criminal Court to try the leaders of the Israeli occupation, military, security, civilians and settlers for their crimes against the defenseless Palestinian people, in light of the escalation of settlements, arrests and cold-blooded killings, as well as the unjust siege of our people in Gaza Strip, and called for practical measures to be taken to implement United Nations General Assembly Resolution No. A/ES-10/L.23 issued on 11th of June, 2018, regarding the protection of Palestinian civilians from the aggression of the Israeli occupation.